Recently, Linde announced that its gas supply unit in Qinzhou, Guangxi was officially put into operation and began to supply oxygen and other industrial gases to the chemical new material integration base project of Shanghai Huayi Group in Qinzhou (hereinafter referred to as “Huayi Qinzhou integration project”). The site is a joint venture established by Linde and Huayi Group. It is also Linde’s largest single project in China, with a total investment of nearly 1.3 billion yuan.

Huayi Qinzhou integration one belt, one road project, is located in the petrochemical industrial park of Qinzhou port economic and Technological Development Zone, Guangxi. With a total investment of about 70 billion yuan, it is the largest single investment project in Shanghai Huayi Group in the past 10 years. It is also a landmark coal chemical project in the process of “one belt and one road” construction. In order to ensure the gas supply of Huayi Qinzhou integration project, Linde has built and operated three sets of air separation units, which can supply 7500 tons of oxygen and 5000 tons of nitrogen to the site of Huayi Qinzhou integration project every day for the 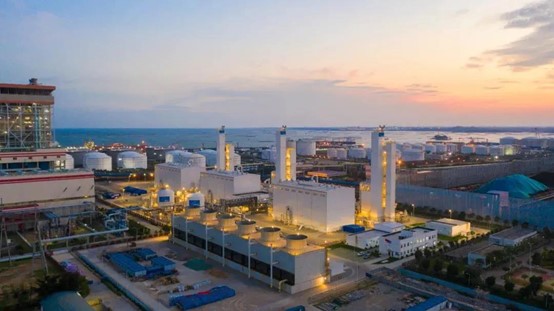 In addition to supplying gas to Guangxi Huayi energy and Chemical Co., Ltd., which operates the project, Linde has recently signed gas supply contracts with Guangxi Huayi new materials Co., Ltd. and Guangxi Huayi Chlor Alkali Chemical Co., Ltd., both of which belong to Shanghai Huayi Group. Since the two enterprises are also located in the petrochemical industrial park of Qinzhou Port Economic and Technological Development Zone, Linde will meet the industrial gas needs of the above enterprises through the cluster gas supply business model.

(projects participated by our company)